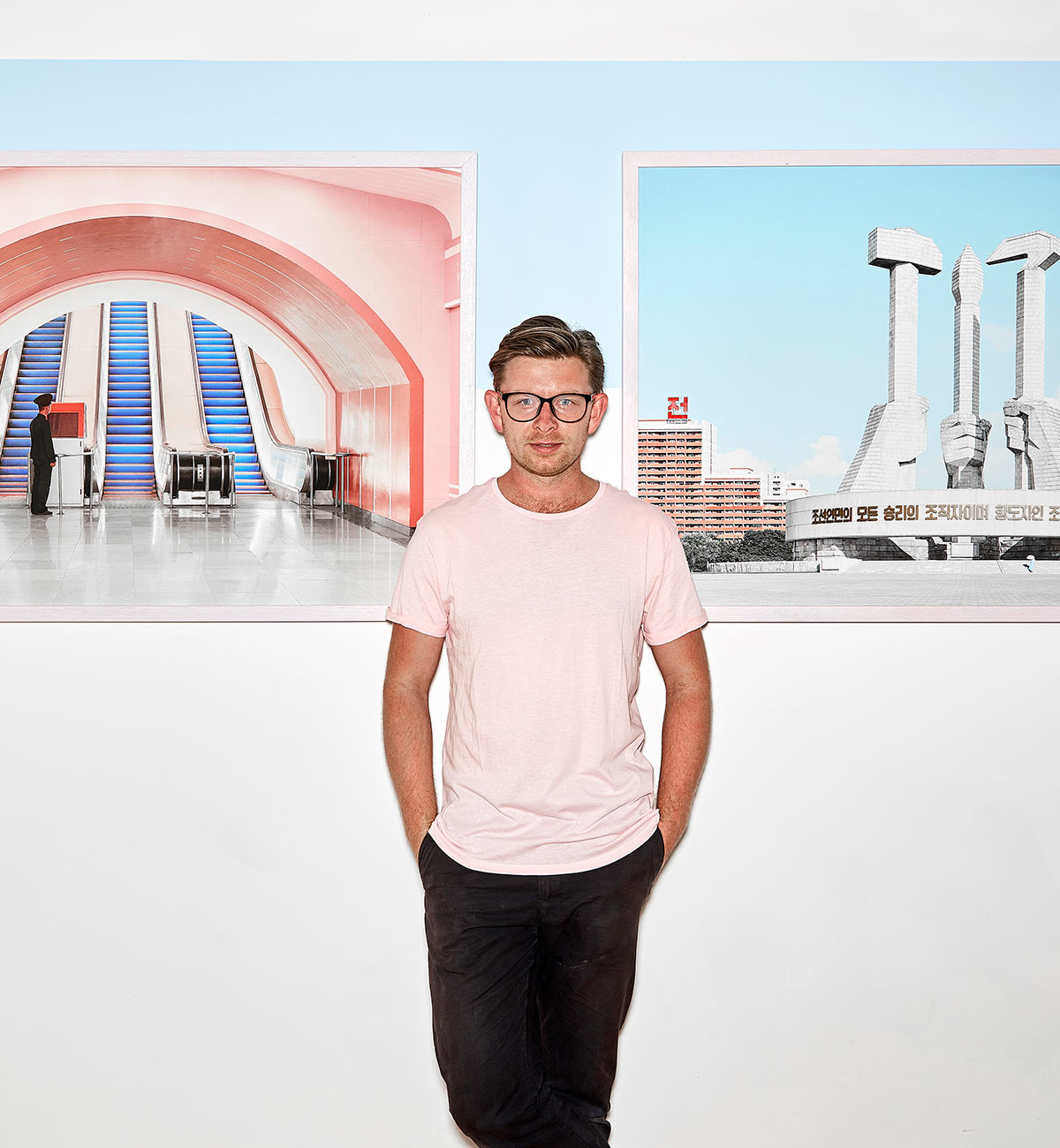 Dave Kulesza is an architecture and interior photographer based in Melbourne.

His recent project took him to Pyongyang, North Korea where he captured the unseen colours of architecture and design of the city for his exhibition DPRK: North Korea in Colour.

Stumbling across an image of the Changgwang Diving Board close to three years ago, was Dave’s first point of visual contact into a side of North Korea he wasn’t aware existed. He began filtering out the mainstream military and political preconceptions to dig deeper. It didnt take long before he discovered the colour. It was soft, subtle and in abundance. The colour flowed fluently throughout the Capital City and each space had its own sense of personality & individuality.

The Series is about the design throughout Pyongyang, explored through its architecture and interior design over three days.

"There seemed to be a strong North Korean style which was quite infectious to capture," Dave says.

"At times, it felt like a surreal time capsule and others, a detailed film set, so perfect it was hard to believe it existed.

The absence of human inhabitance was deliberate in the images. Documenting society accurately wasn’t entirely the objective, instead people were added to emphasise scale and context. "

Subscribe to Dave Kulesza's "wish list" to be the first to know when we receive more of his artworks!