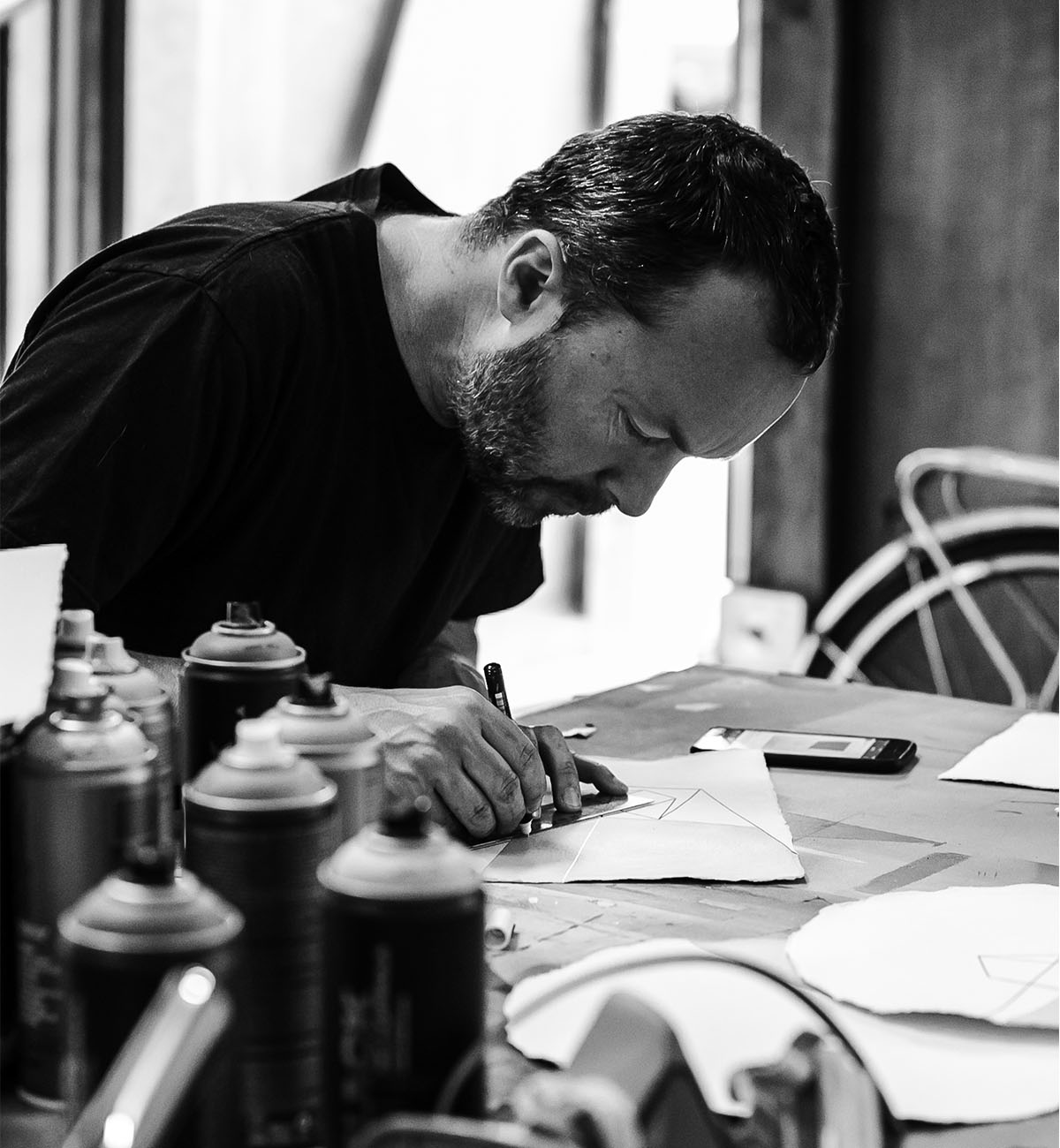 Liam Snootle is a visual artist with a background in Mathematics and graffiti working in Melbourne, Australia. Predominantly working with painting and urban installation pieces, Snootle’s work can be categorised as a visual response to sound or in contrast an attempt at creating an aural experience via visual stimulus.

Influenced heavily by East Coast American alternative music of the 80’s and 90’s, Snootle is interested in the combination of colour and shape and how these are able to trigger an emotional response in the viewer. Often painting representations of his interpretation of punk songs.

Using a language of shapes as his alphabet he encourages the viewer to allow the work to recall a memory, a sound, an idea or a thought previously experienced and provide time to contemplate and celebrate that moment.

Subscribe to Liam Snootle's "wish list" to be the first to know when we receive more of her artworks!