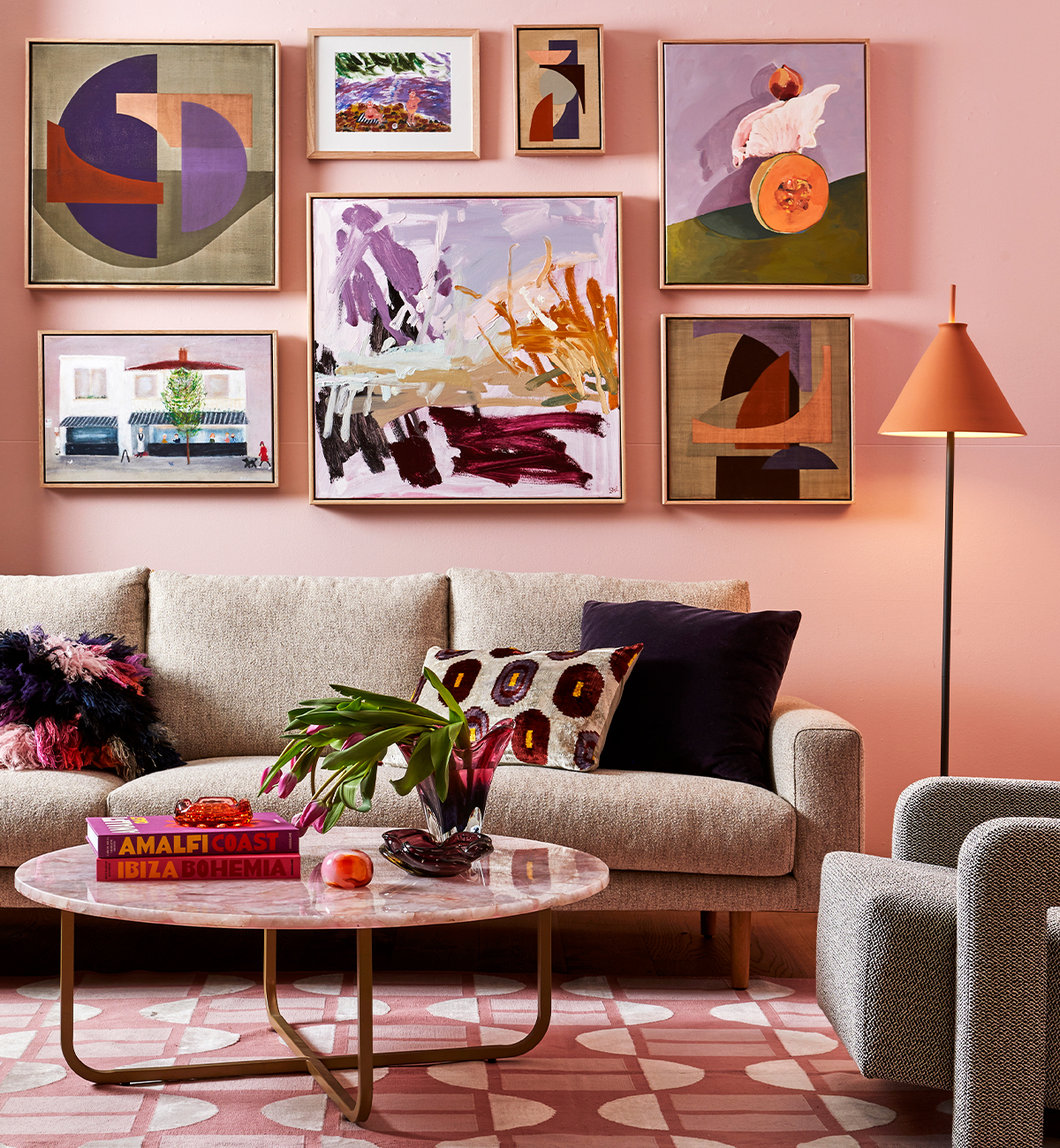 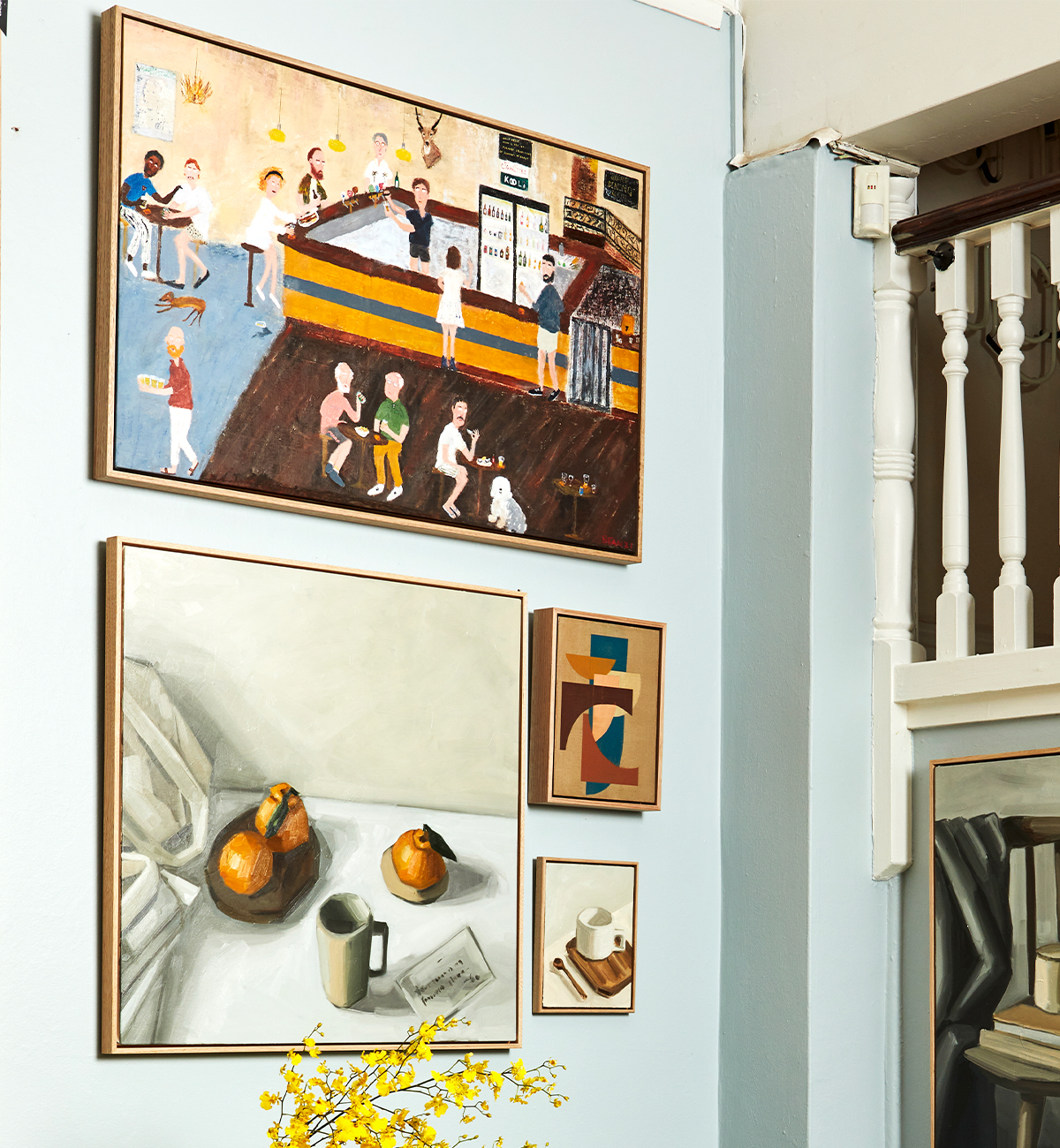 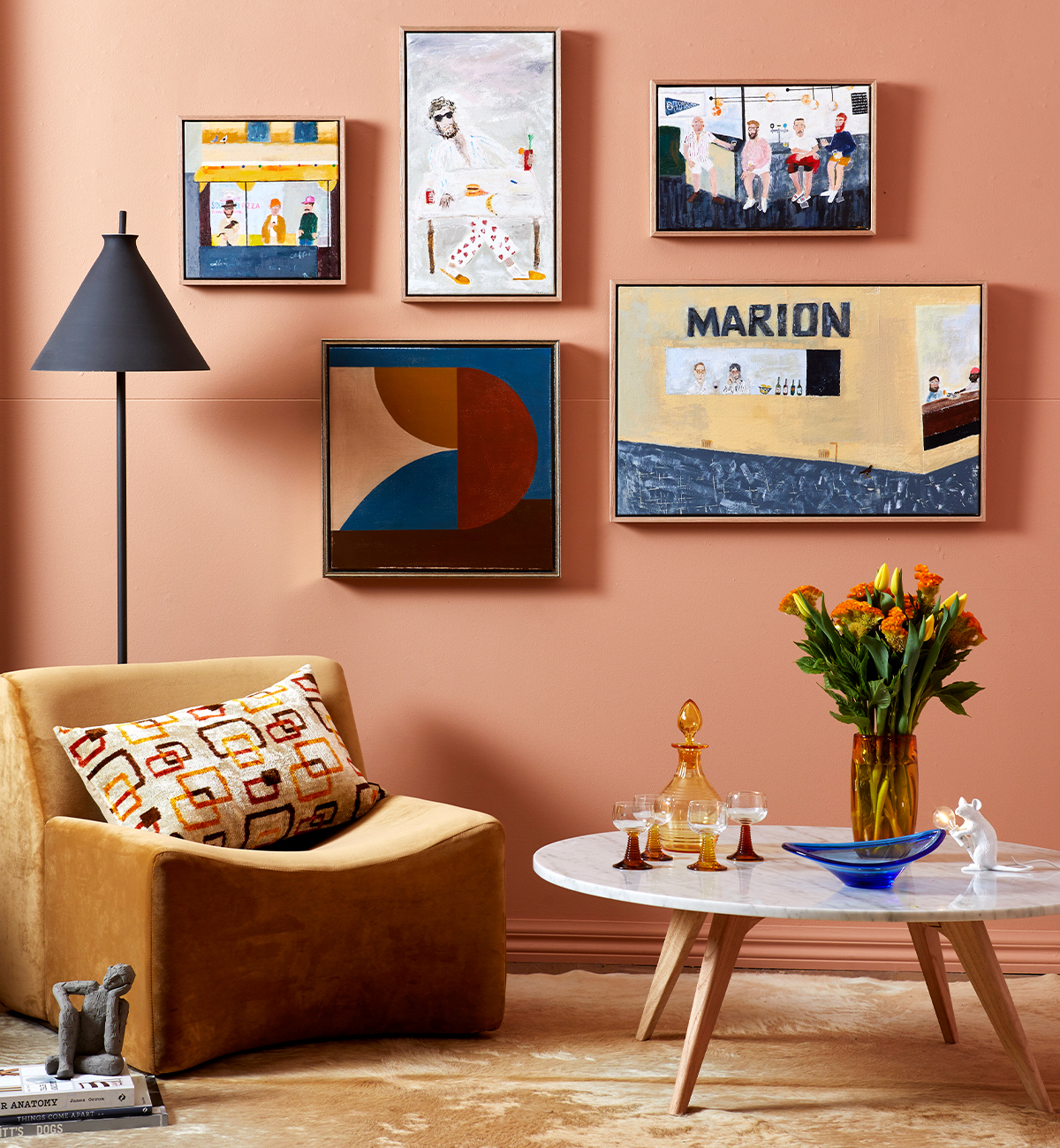 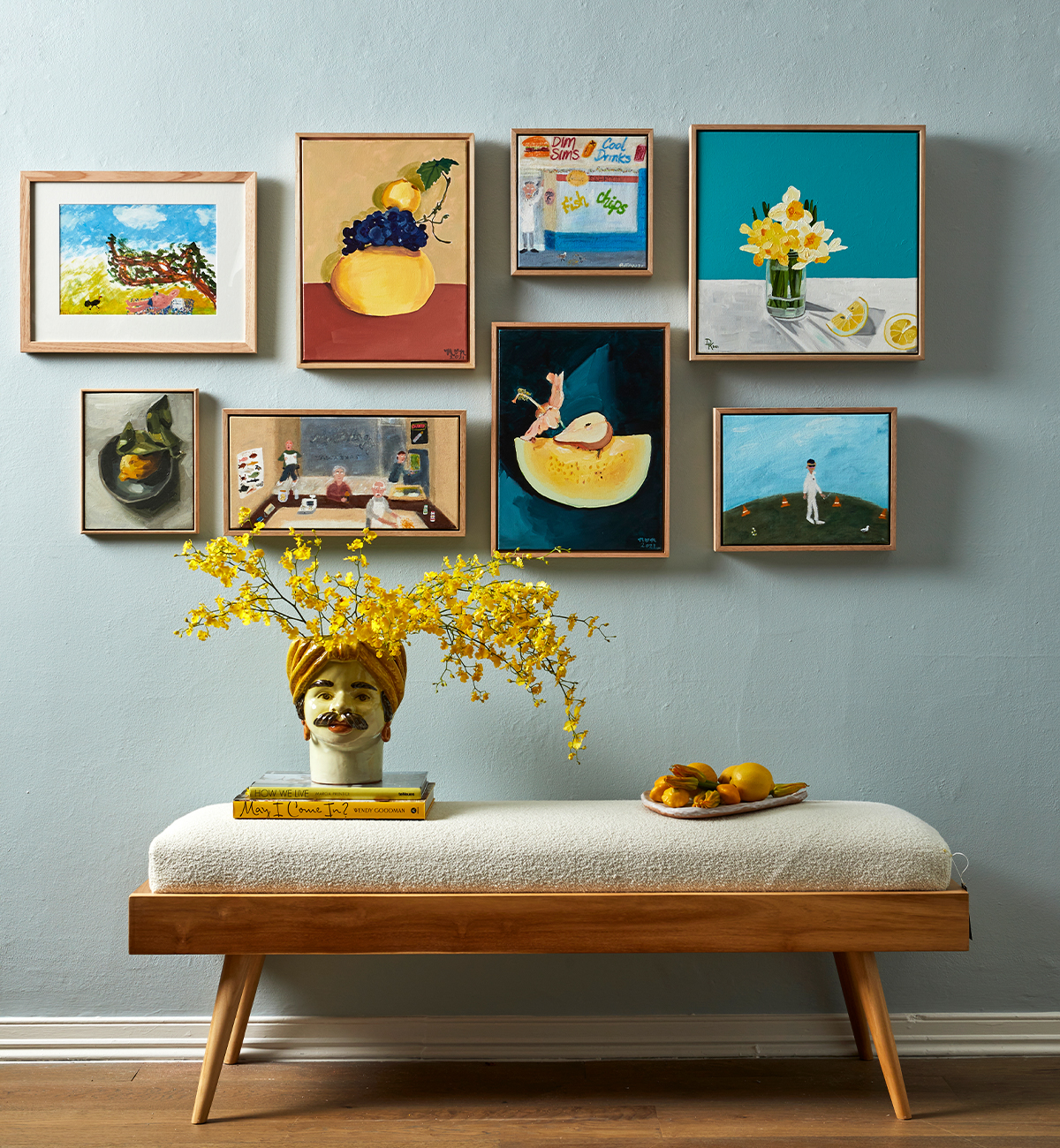 Dan’s interest in art began in his school days, observing graffiti-covered stations and tunnels from train windows. It evolved to a point where he had a memory bank of graffiti artists, whose skill he admired from afar.

Always a compulsive doodler, Dan has never been without a pen in hand, often scribbling away on any surface that was in front of him. His art has evolved from abstracts to a more figurative style, translating his urban observations in acrylic and oils onto canvas.

Dan’s depictions of his beloved inner-north locales, and their larrikin patrons, and every-day life in the suburbs, is laced with humour, Australiana, and a true fondness for his surrounds. His goal is to create a snapshot of urban life, that is both modern and harks back to the suburban Australia of his childhood in the 1980s and 1990s.

Subscribe to Dan Bean's "wish list" to be the first to know when we receive his artworks!